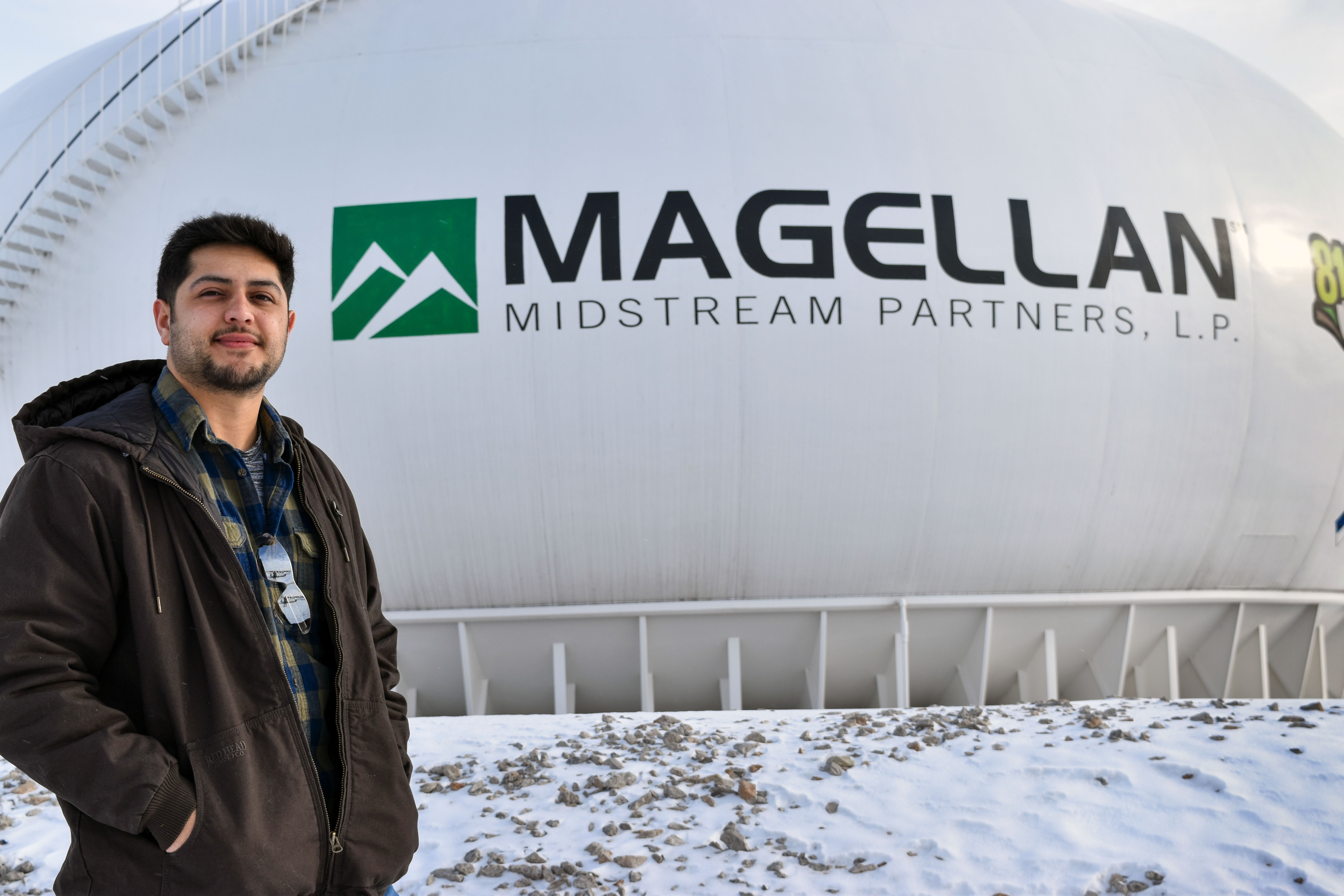 Things are looking up for Great Bend native Sergio Montes, who has a high-paying job in the Kansas City area after graduating from Barton Community College’s Natural Gas Transmission and Distribution program, which can be completed in one year, but the future didn’t always seem so bright.

Montes graduated high school in 2012 and then went on to attend Barton. After a year, he quit school and entered the workforce.

He worked for a year and realized that to achieve a better life, he would need an education and returned to Barton in 2014.

He knew he wanted to make a good living and be able to provide for himself and others, but knowing exactly what path to take to make that a reality seemed elusive.

“I didn’t know what I wanted to do with my life,” he said. “I just wanted a better life for myself.”

Once he discovered the job prospects in the natural gas industry, he began the program and stuck with it until he graduated in 2015 with an associate in applied science.

He said in order to pursue his education at Barton, he had to attend classes during the day and go straight to work at night, then get up and get to class early the next morning. He said this routine made for long days, which was the hardest part of the experience.

Upon graduation, Montes immediately landed his first job in the industry as a pipeline technician and eventually secured a job as an operator of a tank farm for a petroleum product company called Magellan Midstream Partners.

Vince Orth, Montes’ instructor from the natural gas program, said he wasn’t surprised his former pupil was doing so well.

“Sergio was able to get hired on as a technician immediately,” Orth said. “I tell students to get their foot in the door and do whatever job, to the best of their ability. Sergio understood that dependability, teamwork, driving record, social skills, and attendance were more valuable than As.”

Montes said Barton’s program was intense but thorough and effective. The format is set up like a full-time job with classes lasting from 8 a.m. to 5 p.m. Monday through Friday, with one subject covered per week. This design is what allows students to complete certificates in as little as one semester and an entire associate degree in only one year.

He said the hands-on learning activities taught by professionals in the industry and field trips to pipelines and facilities were the highlights of the program.

Montes is now living the life he hoped for, and he said financial stability isn’t the only thing he likes about his job; he genuinely enjoys the work and the company of his coworkers.

“I’m thankful for that program and thankful I chose Barton,” he said. “I would say there is a weird misunderstanding that tech schools are for some reason less than a college degree, and that’s just not the case. It’s definitely a good route to pick.”