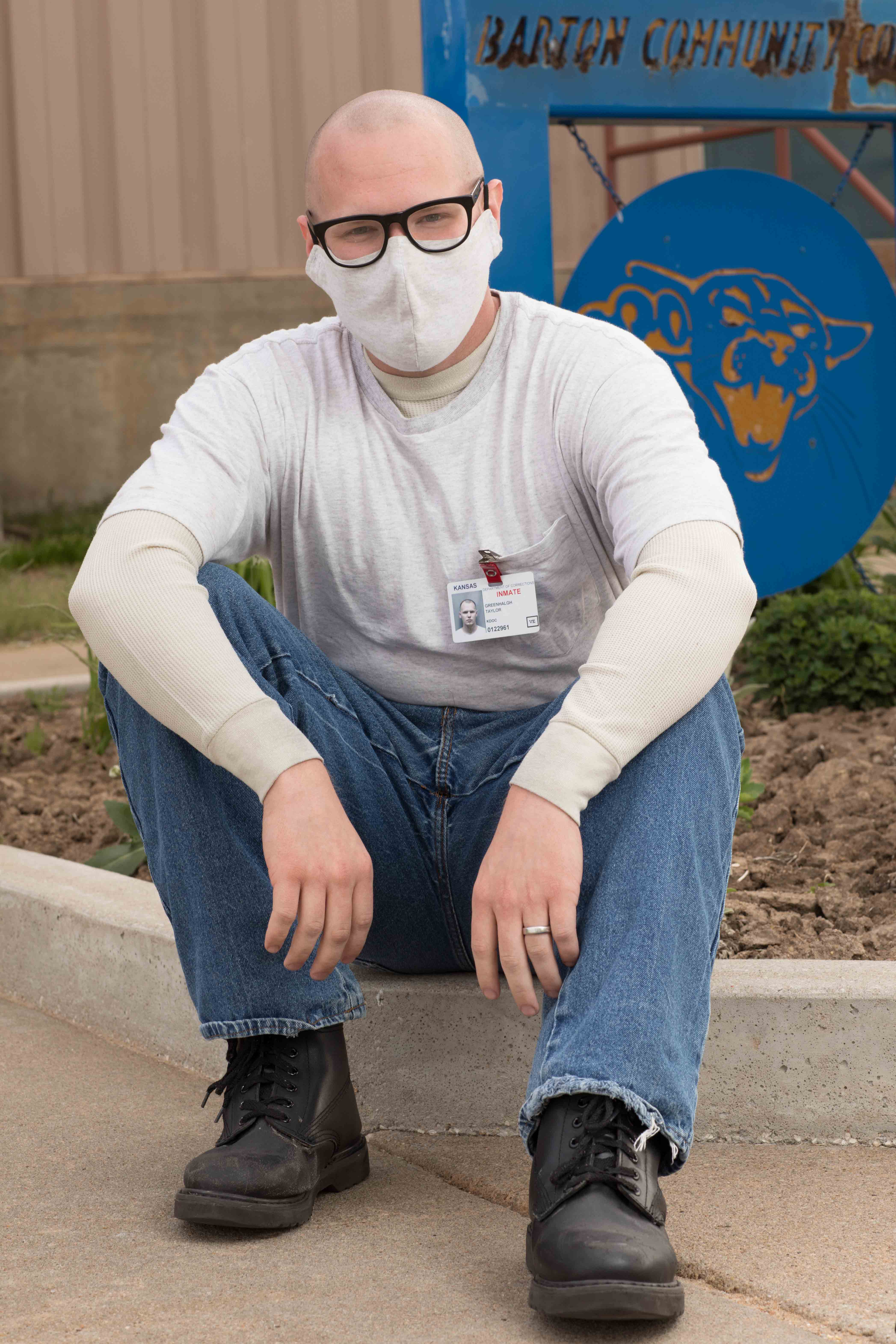 This is the third of four stories about how Barton's educational programs in correctional facilities aim to help inmates lead productive lives upon release.

Ellsworth Correctional Facility inmate Taylor Greenhalgh has discovered both his talent and his muse in welding. His natural ability led an instructor to stop him in the middle of a test to admire a nearly perfect weld.

“I love everything about welding,” he said. “It has become a passion of mine.”

Before his time behind bars, Greenhalgh didn’t have many options. He said he felt stuck. With his high school equivalency credential and welding certification, a potentially bright future awaits after his release in 2026.

“For the first time in my life I’m able to look at multiple different paths I could go down,” he said. “It feels amazing.”

He said he’s grateful for the opportunity and hopes other inmates take the chance to set their trajectory for a successful reentry into society.

“This program gives us the opportunity to learn a trade while were in here,” he said. “You’re taking people who never went to college or thought they would never be able to get a high school diploma, and teaching them skills they can use when they get out to make something of themselves to have a life they never thought that they could. I never thought I’d be a welder going into prison, but here I am.”

When Greenhalgh is released, he hopes to work his way up to a job as a welding inspector and help others improve their craft and ensure others are welding to a high standard. He also looks forward to reuniting with his wife, starting a family and providing for them with a stronger financial foundation.

“I wanted to leave prison with something more than what I came in with,” he said. “Since the day my feet hit this campus, I had a goal, and I’ve achieved it. I’m riding on cloud nine.”

Most inmates in the correctional system will be released back into society, and many are readmitted after repeating an offense or committing a new crime – a trend called recidivism. The Kansas three-year recidivism rate is 33 percent.

The difference between a world where Greenhalgh might become a statistic as a repeat offender, and one where he re-enters society as a contributing and productive citizen, is the quality of opportunity available to him at the time of transition.

Enter the State of Kansas’ Pathway to Career High School Equivalency Program and a partnership between the Kansas Department of Corrections and Barton Community College. Inmates can take courses and select career and technical programs offered by Barton, in a face-to-face setting while incarcerated. The Pathway to Career program allows students to earn a high school equivalency credential by passing certain college courses rather than requiring the credential before being allowed to take college-level classes.

The hoped-for result is a more successful transition to society for releasing inmates, which translates to reduced recidivism. Greenhalgh was one of the first four to complete the program. All four were Barton students at ECF.

“All of us have been at rock bottom,” he said. “We know what it’s like to be here. None of us want to come back.”