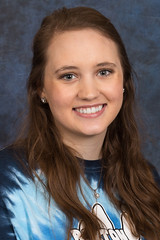 Lockwood is the daughter of Cynthia and Kenton Lockwood.  While attending Barton, Joanna has been named to the President’s Honor Roll every semester. She has served as a Student Ambassador and was named Ambassador of the Year in 2019. She is the president of the Community Service Organization and the Barton Spark group and serves as a board member for each as well. She has served as President of Barton’s chapter of the Phi Theta Kappa (PTK) National Honor Society.  She was selected as a member of the state’s PTK All-Academic Team and was selected as a Coca-Cola National Bronze Scholar through PTK.  She plans to continue her education at Fort Hays State University to pursue a career in History Education. 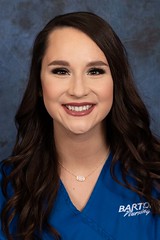 Yellowwolf is the daughter of Rita and Thomas Hickel. She is married to Micah Yellowwolf and is the mother of Charlee Yellowwolf. While attending Barton, Tana has participated in the Nursing Club and has been named to the Dean’s List.  While attending Barton, in addition to her roles as wife, mother, and caregiver for an ill family member, Tana worked as a Licensed Practical Nurse. She earned a 4.0 grade point average in the fall semester of her Associate Degree in Nursing (ADN) year and carries an overall GPA of 3.5. She shared that it has been a dream of hers since she was a little girl to become a healthcare professional.  She recently accepted a position with The University of Kansas Health Systems in Great Bend as a primary nurse for former Barton graduate Dr. Jonathan Pike.

For more information, contact Dean of Student Services Angie Maddy at maddya@bartonccc.edu or (620) 792-9226.