Barton Community College has been awarded a grant of more than $1 million, paid out over three years, to develop its already robust inmate education programming at Ellsworth Correctional Facility and Larned Correctional and Mental Health Facility.

The Improved Reentry Education (IRE) grants were given to only nine communities in the United States.

According to the U.S. Department of Education website, “IRE seeks to demonstrate that high-quality, appropriately designed, integrated, and well-implemented educational and related services—provided in institutional and community settings—are critical in supporting educational attainment and reentry success for previously incarcerated individuals.”

More than 600,000 individuals are released from state and federal prisons each year, and only 70 percent of adults in state prison and fewer than half of the juveniles who are incarcerated have a high school diploma or GED, which is the root of the problem of recidivism, according to Jobs for the Future (JFF), a non-profit geared toward ensuring equality of economic and educational opportunities. JFF has been contracted to provide support to IRE grant recipients.

This grant money means Barton will be able to take its inmate education efforts to the next level, including the purchase of tablets and other devices to provide exposure to the latest technologies used in the workplace. It will also pay for four new positions to help Barton’s staff streamline processes and add programming options.

One specific improvement is that inmates will be able to make progress toward earning their high school diplomas while simultaneously working toward college credit thanks to a state program called Accelerated Opportunity Kansas (AO-K). The program has been available to community members, but had not been implemented in prisons until now, thanks to the addition of an instructor for the program. A full-time career technical education instructor will further support these efforts.

Another one of the full-time positions added will be titled Career Advisor, which will be dedicated to helping prisoners identify barriers to releasing, ensuring they are aware of opportunities for education, finding employment for prisoners once they are released and more. 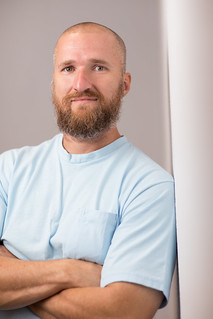 Student-inmate Parrish Bourn, has been incarcerated for more than 23 years, but will release March 8 of 2016. He began his education through Barton at Ellsworth Correctional Facility in 2012. He has taken 57 credit-hours and maintained a 3.87 GPA.

“I can’t understate the importance of (these opportunities),” he said. “If it wasn’t for this, the only job skills I would have are basic labor, sweeping and mopping floors. The jobs I’ll be able to get with these classes are way better.”

Parrish intends to find a welding job after his release.