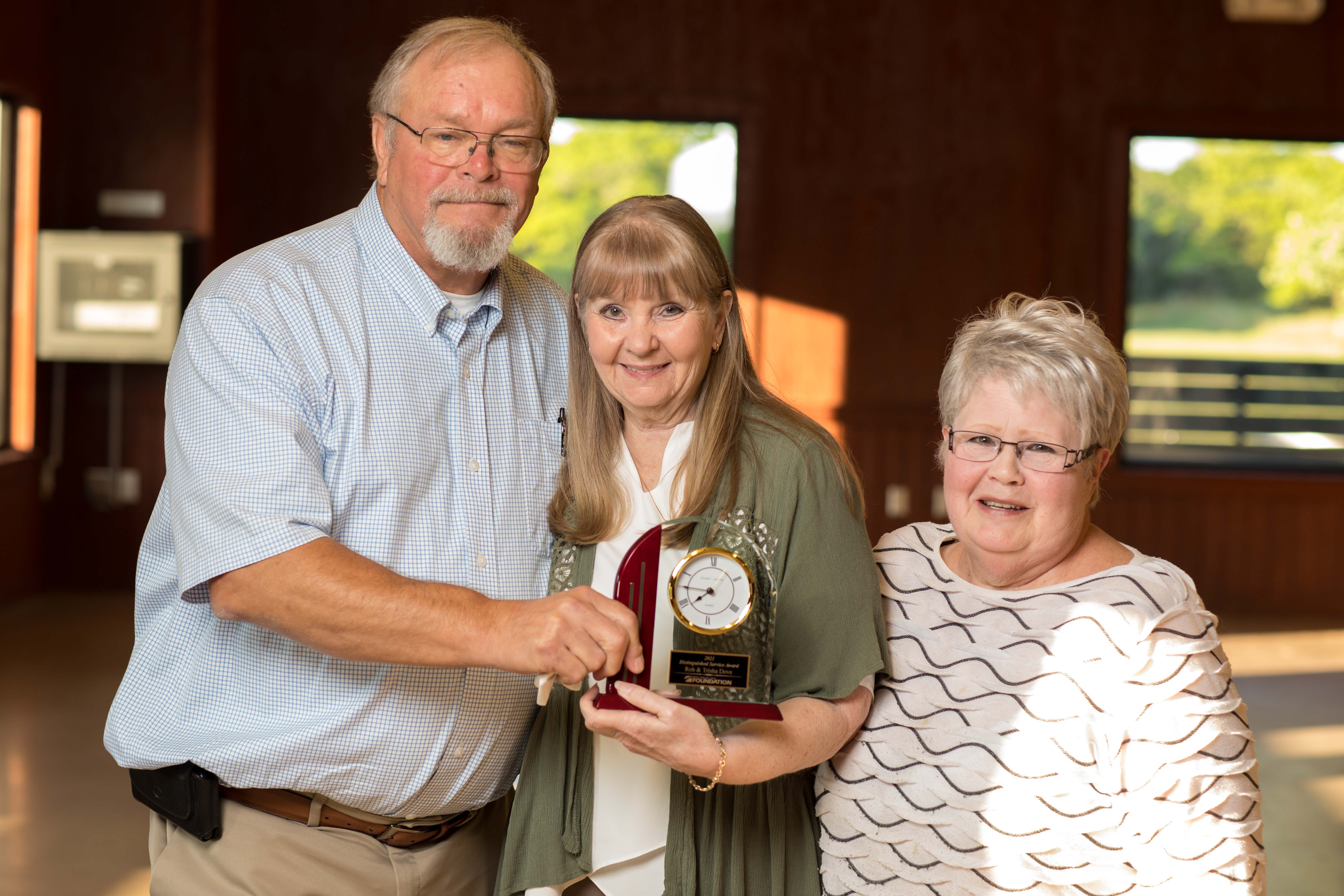 Rob and Trisha Dove have devoted nearly two decades of service to the Barton Community College Foundation and were honored for their dedication on June 2 at the Foundation Board of Directors’ annual banquet with the Distinguished Service Award (DSA).

The DSA was created in 1981 to recognize individuals who have shown genuine regard for and have performed outstanding service to Barton Community College. The Barton Foundation Board of Directors selects the recipients from nominations received.

“It is hard to imagine donors who exemplify that level of support and loyalty to the Foundation more perfectly than Rob and Trisha,” said Coleen Cape, Executive Director of the Barton Foundation. The Doves continue to be loyal and generous donors, and more importantly, great friends of the Foundation.

The Dove family has a long history with the Barton Community College Foundation.

Rob spent 16 years as a board member, serving in every officer position including twice as chair. Rob even worked as the Interim Executive Director during an extended search for a replacement after Darnell Holopirek retired in 2015.

Rob and Trisha have supported every fund-raiser, campaign and initiative of the Foundation.  In 2010, they established the Dove Chevrolet, Buick, Cadillac annually funded scholarship and the Clarence and Lucille Lebbin Memorial Scholarship in honor of Trisha’s mother and father.  In addition, in 2014, after the passing of Rob’s mother Lois, they established the Dove Family Endowment.

Rob retired in 2018 and he and Trisha now spend winters in Arizona enjoying their grandchildren and the rewards of years of hard work and service.

The Dove family’s involvement with the college extends to even before Rob and Trisha. Rob’s mother, Lois Dove, was one of the first Foundation Board members.

“Our family has long been dedicated to the funding of and obtaining of a person’s education,” he said. “What so many people do not realize is that even though you may never have any interaction with Barton, it still is a driving economic force in our community. Employment, goods and services provided to the college and services provided by the college have an enormous impact on everyone.”

“Trisha and I are humbled and grateful that the Foundation Board Members were so gracious in considering us for this,” he said.