< Back to Theatre Department Page 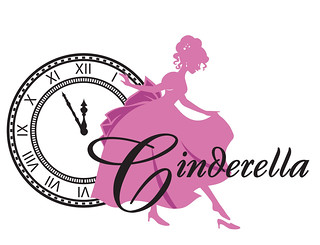 Rodgers + Hammerstein’s Cinderella is the new Broadway adaptation of the classic musical. This contemporary take on the classic tale features Rodgers & Hammerstein's most beloved songs, including “In My Own Little Corner,” “Impossible/It's Possible” and “Ten Minutes Ago,” alongside a hilarious and romantic libretto by Tony Award nominee Douglas Carter Beane as well as some new characters, and surprising twists.

*Service charges apply and there are no refunds.

Hear Ye, Hear Ye! Cinderella and the Prince invite all children aged four years and up to attend a “Royal Tea,” from 2:30 – 4 p.m. Feb. 22 in the Shafer Gallery as a sneak-preview activity for the upcoming musical “Cinderella.”  Girls and boys can have their photo taken with Cinderella and Prince Topher, make their own special crown and of course, have tea with snacks. Each girl will also receive a decorative glass slipper. Kids are welcome do dress casual, formal, or as a favorite princess, prince, knight, or other characters. Cost per child is $10 and $5 for each additional sibling. There are only 30 spots available. Tickets can be purchased at https://bartoncc.booktix.com (link sends email). General admission will be accepted if there are still spots available. Children seven years and under must be accompanied by an adult.

Barton Theatre Director Miller James said the experience will be unforgettable for kids.

We all need magic in our lives, and the afternoon will definitely be magical,” he said.  “We will have crafts, imagination, and of course the princess and prince. You’re not going to want to miss this. I encourage people to come out and be involved and be ready to take some photos.”

Barton Community College Theatre Department Presents: ALL IN THE TIMING by David Ives

A series of witty, funny and endearing one-acts by one of the premiere playwrights of our generation. Come see the talented actors of our program present the comedy of language at its best.

All in the Timing - Four one-act plays by David Ives, May 3 - Fine Arts Auditorium, 7:30 pm - Cancelled until further notice.

The Barton College community is asked to submit short original plays for consideration for production. Generally, four will be selected. This is usually an eclectic mix of drama that encourages very creative deeds. Subject to change.

This marvelously theatrical play is the story of a disturbed young man and his friendship with a disenchanted preacher in southern Indiana in the early 1930s. When the boy was young, he almost drowned. This trauma and the loss of his mother in the same accident left him deathly afraid of water. The preacher, set on breaking away from a long line of Kentucky family preachers, is determined not to do what he does best. So, he works as a mechanic for the boy’s father. The town doesn’t have a preacher and the women try to persuade him to preach – while he tries to persuade the child to overcome his fear of water and to wash his infected skin.  When the preacher finally gets the boy in the river, the townspeople mistake the scene for a baptism. They descend on the event and, in the confusion, the boy drowns.

Students enrolled in the Play Production Class at BCC are responsible to mount their own production. Students select (or write) the play, cast it, rehearse it, design and construct sets, lights, props, sound plus market and publicize it. This is a pure hands-on experience.

November 4-5 at 7:30 p.m. in the Barton Fine Arts Auditorium. Subject to change.