Check out shows available through the Barton Planetarium!

This fall, Barton Planetarium presents an all-new line-up of movies that have never been shown at the here before.  The free, one-hour, evening programs typically start with a half-hour movie, followed by and interactive presentation that expands on the evening’s topics and/or describes some of the sights visible in the night skies.

"From Earth to the Universe” (Movie)

The night sky, both beautiful and mysterious, has been the subject of campfire stories, ancient myths and awe for as long as there have been people. A desire to comprehend the Universe may well be humanity's oldest shared intellectual experience. Yet only recently have we truly begun to grasp our place in the vast cosmos. To learn about this journey of celestial discovery, from the theories of the ancient Greek astronomers to today's grandest telescopes, we invite you to experience From Earth to the Universe. This stunning, 30-minute voyage conveys, through sparkling sights and sounds, the Universe revealed to us by science.

“Scales of the Universe” (Interactive)

Take a live tour of the universe, starting from the familiar world around us, zooming up through the solar system, and out to the farthest reaches of the universe!

In a feast of colours and sounds, Mayan Archaeoastronomy: Observers of the Universe makes a tour of 6 Mayan temples: San Gervasio, Chichen Itzá, Uxmal, Edzná, Palenque and Bonampak where the spectator dives into a Mayan world of knowledge about the importance of the orientations of its temples in relation to the movement of some stars like the Sun, the Moon and Venus.

Fate of the Maya (Movie)

Explore The Prophecies Of The Mayan Astronomers! Visit the Classic Mayan cities of Uxmal, Chichen Itza, Tikal, and Palenque to discover how the Maya aligned their temples to watch their sky gods and used interlocking calendars to record the past and predict the future.

Explore pyramids towering above the rainforest, designed as observatories to follow the sun. Experience the apocalypse of the Maya and discover how they predicted a fate for the world in 2012.

“Your Own Star Chart” (Interactive)

We will start the evening constructing free, old-school star charts with paper, scissors, and tape.  Such planispheres have been around for hundreds of years and let you locate stars and constellations at any time on any night.  For the high-tech folks, there will also be instructions on how to install a star chart app (Android and iPhone).

For the first time in Kansas: “The Planets”!  An exciting tour of the Solar System that looks at each planet as well as Solar System formation and extra-solar planets.

Learn about the planets that are visible this fall and how to find them.

Weather permitting, we will go out after the show and look at Venus, Mars, Jupiter, and Saturn though our telescopes & binoculars, as well as find a few constellations.

Science can seem almost magical!  Enjoy an hour of various “magic tricks” based on physics and chemistry.  Audience members will get a chance to spin, catch, mix, pour, and otherwise participate with various demonstrations.  Fun for science enthusiasts of all ages!

If you've ever wondered what it would be like to explore the eye, navigate through the brain or hang on as blood surges past you from the heart's valves, this fantastic voyage for you. You'll travel through a cell, into the nucleus, and watch as a virus attacks.

Microcosm uses the latest discoveries of nanoscale science to create a voyage that is realistic and possible for inner space probes only a few nanometers wide. The experience is incredible, but so is the technology that has made imaging at this scale a reality. Audiences learn about using superconductors to measure magnetic fields outside the body and about deploying gold nanoshells to the sites of tumors or infections. This nanoshell science segment makes the HMNS version of this show different from the version from Evans & Sutherland.

It's an adventure to 'inner space,' rather than outer space. Humans have experienced how far it is to the moon. And now, thanks to more Houston scientists, we can reach the genetic code inside our cells, a journey equal in scale to a trip to the moon at eight orders of magnitude.

Over a hundred planets and moons of all sizes orbit the sun, yet only Earth has intelligent life, or perhaps any life at all. What are the required conditions to foster life? What combination of environmental variation and stability is required for life to begin and to become intelligent?

Based on the genetic diversity in human DNA around the globe, all modern humans can be traced to an ancestral source population in East Africa. Lucy lived here 3.2 million years ago at a time of changing climate with more seasonal variation and of savannahs replacing rainforests. The embodiment of early hominids, Lucy was about the height and weight of a modern ten-year-old girl and was fully bipedal. By standing upright, she could look over the grassland, cover longer distances, spot predators, and regulate her body temperature more efficiently.

Lucy's Cradle, the Birth of Wonder chronicles these developments along the East African Rift Valley and then follows the spread of humans around the globe. From the obelisks of Axum to mountaintop observatories, humans have searched for a relationship with the heavens. Modern astronomers are continuing a magnificent journey of human vision that began over 3 million years ago when a young female hominid peered over the grassland of East Africa and saw the distant horizon beyond her fingertips.

Travel back to the beginning of time and experience the birth of the Sun. Discover how it came to support life, how it threatens life as we know it, and how its energy will one day fade away.

"The Making of a Star and Her Entourage" (Movie)

The Making of a Star and Her Entourage traces the evolution of humankind’s understanding of the universe. Discover the long journey beginning with the Earth-centered model of the universe in which the Sun was considered a planet to our current understanding that the Sun is a star centered in the Solar System and is one of billions that reside in the Milky Way.

"Seeing! A photon’s journey across space, time, and mind" (Movie)

Follow the journey of a single photon as it is produced in a distant star, before travelling across the vast expanse of space to land on someone's retina. This fulldome planetarium show explores some of the fascinating processes of the cosmos, from astrophysics to the biology of the eye and brain. Funded through a generous grant from ZEISS, the show is narrated by astronomer and science communicator, Neil deGrasse Tyson.

Learn about color, polarization, fluorescence, diffraction, lasers, and more through a series of demonstrations.

See a listing of shows below available to watch when you rent the Barton Planetarium.

Back To The Moon For Good 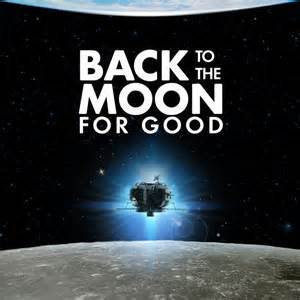 Immerse yourself in a race to the Moon 40 years after the historic Apollo landings.

Narrated by Tim Allen, Back To The Moon For Good presents the Google Lunar XPRIZE, and the personal stories of competition and collaboration it inspires. 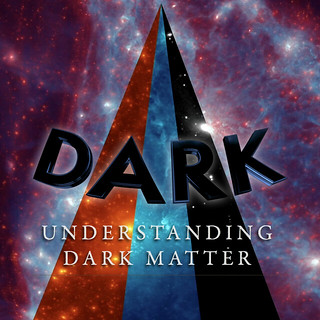 DARK is a full-dome movie that explains and explores the nature of dark matter, the missing 80% of the mass of the Universe.

The search for dark matter is the most pressing astrophysical problem of our time – the solution to which will help us understand why the Universe is as it is, where it came from, and how it has evolved over billions of years – the unimaginable depths of deep time, of which a human life is but a flickering instant. But in that instant, we can grasp its immensity and, through science, we can attempt to understand it.

IBEX: Search for the Edge of the Solar System 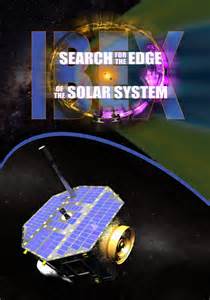 Join scientists who are investigating the boundary between our Solar System and the rest of our galaxy in IBEX: Search for the Edge of the Solar System.

Designed for visitors with an appreciation for the challenges of space science and a desire to learn more about science research, the show follows the creation of NASA’s Interstellar Boundary Explorer (IBEX). Audiences will get an in-depth look at the mission and how IBEX is collecting high-speed atoms to create a map of our Solar System’s boundary.

Narrated by two inquisitive teenagers, audiences will hear from the scientists and engineers that developed the IBEX mission and created the spacecraft, and get the latest updates on the mission’s discoveries. 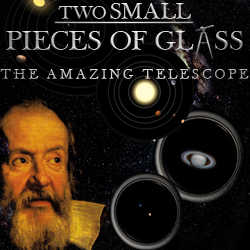 While attending a local star party, two teenage students learn how the telescope has helped us understand our place in space and how telescopes continue to expand our understanding of the Universe. Their conversation with a local astronomer enlightens them on the history of the telescope and the discoveries these wonderful tools have made. The students see how telescopes work and how the largest observatories in the world use these instruments to explore the mysteries of the universe.

While looking through the astronomer's telescope, the students, along with the planetarium audience, explore the Galilean Moons, Saturn's rings, and spiral structure of galaxies. 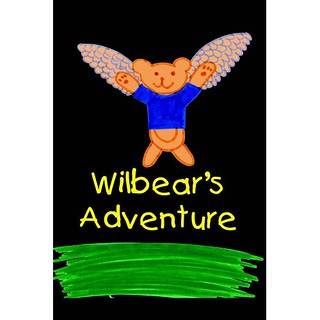 Wilbear is a young teddy bear who has always been fascinated by flight.  When his Grandpa comes to visit, Wilbear learns about the history of flight – especially his hero Wilbur Wright.  Along the way, Wilbear learns about mythology and sees a few winged constellations.  Finally, Wilbear visits an airport and gets to see all the different airplanes. 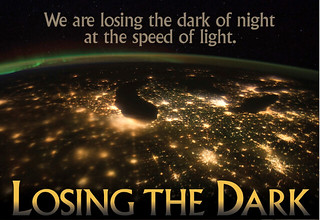 Starry skies are a vanishing treasure because light pollution is washing away our view of the cosmos. It not only threatens astronomy, it disrupts wildlife, and affects human health. The yellow glows over cities and towns — seen so clearly from space — are testament to the billions spent in wasted energy from lighting up the sky.

Losing the Dark is a “public service announcement” planetarium show. It introduces and illustrates some of the issues regarding light pollution, and suggests three simple actions people can take to help mitigate it.

Tonight’s Skies - Learn about the stars, constellations, and planets visible in the night sky. Our digital projection system lets us explore in whole new ways, viewing the skies from any place and any time. This interactive show changes depending on the season and any current special celestial events.

Up, Up, And Away - Take a journey as we leave Barton Community College and fly ever higher, learning about the scales of the universe. We will leave the familiar landscapes of Kansas, fly away from earth, beyond the solar system, through the Milky Way and onward to distant galaxies.